Wraparound services inspired one youth to wrap his arms around others 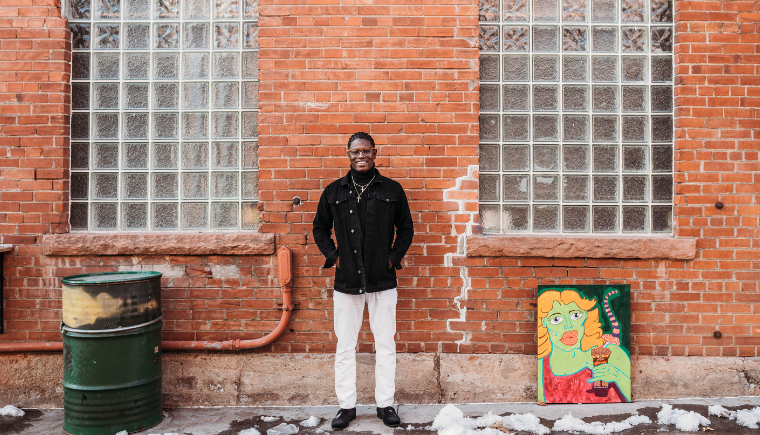 Zyshaun desired acceptance from his peers in his early teen years and it set him on a dangerous path. That path eventually led him to the El Paso County Department of Human Services (EPDHS) and partner organizations that empowered him to correct his own course and to become a catalyst for change for other youth.

Zyshaun will tell you that he was a defiant high school freshman. He cared for little else beyond impressing his friends and gaining their acceptance. He became involved in gang activity and committed his first serious crime at 14-years-old. Soon, one criminal charge became two, then three. His mom was doing her best to steer him along a better path while also navigating the juvenile court system, but they needed help.

High-fidelity wraparound services made the difference

Through EPDHS, Zyshaun received High-Fidelity Wraparound (HFW) services through EPDHS and it changed the course of his life. HFW is an individualized approach to helping children, youth and families with complex needs. Service providers, natural supports and the youth and family work together to help achieve the family vision. The team honors the strengths, voice, and culture of the family to build confidence and experience success at home, in school and in the community.

Zyshaun’s wraparound facilitator worked with him and his mom to build a team for Zyshaun that included adults who were already in his life such as his pastor and older sibling to lend support. He also received mental health support and community-based services that got him back on track and

re-engaged in school. Before long, Zyshaun found himself avoiding trouble, taking academics seriously and joining school clubs. Having successfully completed the requirements set forth by the judge through HFW, all of Zyshaun’s criminal charges were expunged and he was on a new path.

“The support I received through the wraparound services at a time in my life when I didn’t think I had many options opened my eyes to all the possibilities that were before me,” said Zyshaun. “It was a turning point for me and I realized there was no upside to being involved in gang activity. All those friends I thought I needed to impress? They were nowhere to be found when I was sitting in court. I didn’t want to throw away my future.”

Zyshaun was inspired to take what he learned and bring it to his school community to help his peers. He was instrumental in developing his high school’s restorative justice program, which provides an opportunity for students to resolve their conflicts and right their wrongs instead of being suspended or expelled. He became determined to use his voice for good. Zyshaun’s former wraparound facilitator was so impressed with his progress, she asked him to work with her team and represent the youth voice to help other teens in the same way he was helped.

Today, Zyshaun is a Youth Voice Facilitator at Joint Initiatives for Youth and Families and a member of the Interagency Oversight Group where he ensures that the youth voice is always front and center in discussions about community needs, building programs, funding and designing supports. He is passionate about youth-peer supports and the impact they have on the lives of young people.

He works directly with schools to promote restorative justice programs and with students to help them problem-solve and make a difference in their communities. Ultimately, he’s working on prevention – finding ways to build supports around youth before they ever need to encounter the child welfare or juvenile justice system. And for youth who are in detention, Zyshaun works with them and their teams to help steer them on a more positive path. Zyshaun is also a team member at TedxColoradoSprings and serves on the national convention planning committee for the National Association of Community and Restorative Justice.

With funding from SAMHSA, the CDHS Office of Behavioral Health supports HFW through its COACT program, which supports children and youth with behavioral health challenges and their families. Colorado plans to expand the use of prevention services, including HFW, as it implements the Family First Prevention Services Act, a new federal law that focuses on serving kids and families together to prevent involvement with child welfare.