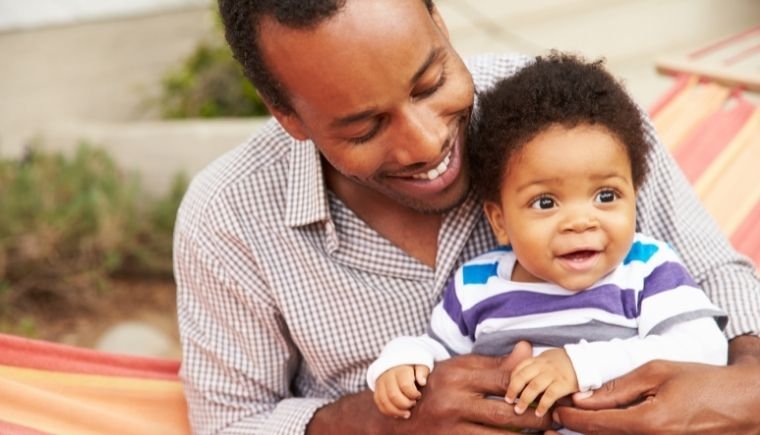 “I try to help people like teachers, foster parents and other caregivers understand they came from a really threatening context of survival and that's what you're seeing at home and in the classroom,” said Dr. Lou Collette Felipe,  Assistant Professor at the University of Colorado School of Medicine and Deputy Director at the Stress, Trauma, Adversity Research, and Treatment (START) Center. “When connection is something that is scary, dangerous or threatening it gets extended to other people and caregivers.”

When a child or youth is anxiously attached they might be clingy and have separation anxiety and need to know where the caregiver is at all times. They can’t relax and explore because they are consumed with what is going on with the caregiver and what their mood is like rather than what is going on internally for them. Dr. Felipe explains that avoidant attachments are much the opposite, a child or youth doesn’t believe the caregiver will be around to soothe them so it is easier to shut down and shut off and may cause children and youth to not pick up on social cues and be uninterested in relationships because they are too painful, threatening or scary.

Some children and youth may form a disorganized attachment where they don’t have a clear strategy for creating attachments. Dr. Felpe explains “they could freeze, they could be clingy, they could be avoidant and shut down. There's not any one strategy about it.” Many behaviors like bullying, hurting others, clinginess, angry outbursts, not smiling and dissociative behaviors like being quiet, depressed, lack of interest in social activities, lack of motivation because they don’t feel like they can impact others in a positive way are all connected to attachment and trauma. Survival behaviors can often be in line with how children are socialized in regard to gender. While violence, fighting and explosiveness tend to be more associated with "masculinity" and frequently cause concern, more "feminine" traits such as being compliant but not showing emotion and being “daydreamy” or “spacey” are also causes for concern.

“What gets our attention is the kids who are explosive, screaming and throwing things. When a child is screaming and yelling at me there's a connection. There is a relational interest in who I am. What concerns me more are the kids who are totally disengaged,” said Dr. Felipe. “It's almost like existing outside of your body. For a lot of people, who've undergone something really traumatic like physical abuse, sexual abuse or emotional abuse to be really present for that interaction is completely overwhelming, so the mind is able to remove itself from the physical experience of what might be happening.”

Learning how to regulate, calm, and soothe is learned in connection with a caregiver before a child does so on their own. When a child lacks secure attachment and doesn’t learn to calm and soothe themselves during their early development, it can often be connected to a lack of development and behavioral issues as the child grows. Dr. Felipe explains that when a child is unable to be calmed and soothed after being scared or frightened, they can’t get back to normal baseline behavior and it creates a focus on survival. When a child or youth is in survival mode all of the time, they aren’t able to learn new things.

“If that early relationship is really disrupted, it really impacts all other forms of development and learning. Think about language, it is something that is absolutely a social thing. We learn words and sounds by practicing with another person,” said Dr. Felipe.”When a child is not learning language and communication they don't have a way to communicate, so they focus on behaviors. They focus on crying, they focus on physically acting out or running away as a way to express their emotions when they don't have the words.”

When a child struggles to attach during their early development, their other social relationships later in life can be impaired too, because the young person is generalizing what they learn in that formative relationship. When a child or youth is struggling to understand verbal and nonverbal communication, there is also a lot of misreading of emotions and facial expressions and they may be really reactive to criticism or raised voices. Dr. Felipe explains that survival instincts put a person in an evolutionarily older part of their brain that doesn’t allow connections with the frontal lobes, which impairs learning and age-appropriate development.

“Oftentimes kids who have gone through a lot of trauma will be seen through the lens of having ADHD. However, lack of concentration, being forgetful and hyperactivity really mirrors a lot of what trauma symptoms are. Oppositional defiant disorder, conduct disorder, or kids who are acting out and are really explosive in how they express their emotions or are inattentive or can't follow instructions get picked up in this way,” said Dr. Felipe who then went on to explain the racial implications of how disorders are diagnosed. Dr. Felipe cited a 2019 study in the journal of Families in Society which discusses how white children are more likely to be diagnosed with ADHD and Black children may be overdiagnosed diagnosed with oppositional defiant disorder (ODD) and conduct disorder (CD), which can lead to criminalization through the school to prison pipeline. “I try to understand the child's behavior, not by explaining it in a diagnosis, but trying to explain where these behaviors were advantageous at a different point in their life.”

Using relational therapy, Dr. Felipe works to create more secure attachments with clients by focusing on strengths, co-regulation and coping skills and working with caregivers to help build more secure attachments over time. Dr. Felipe uses the Attachment, Regulation, and Competency (ARC) framework, which emphasizes routine, engagement and psychoeducation to help children and youth engage in the world in a healthy way that is not focused on survival.

“Creating a structured routine by having clear wake-up times, clear bedtimes, handling transitions with a lot of transparency and thoughtful guidance is important because the best way to instill safety is having things that are predictable. Safety is kind of paramount and working with anyone who's been traumatized,” said Dr Felipe who also recommends creating rituals and rewards that are engaging and relationally based. “Special time together like making a special breakfast or creating a bedtime routine that involves reading every night. There's so much around reading from the content of the book, to the language exchange, to sharing your attention together, to the closeness and cuddling. It is important to have affectionate practices that are co-regulating and build trust.”

Dr. Felipe stressed the importance of helping children and youth build social connections and relationship skills due to the long term benefits to one’s mental health. Teaching children and youth about emotions and modeling and expressing empathy is an important part of psychological education as well as creating consistency in transparency and predictability by living out loud, talking a lot through and explaining the why behind behaviors and interactions. Explaining the reasoning behind tasks and interaction demystifies them and creates fewer feelings of uncertainty and fear and greater feelings of control over a person’s environment. Psychoeducation, teaching the psychological importance of a behavior, skill, or action, helps children and youth build the ability to recognize and communicate about their feelings and emotional states.

“Empathy is the basis for building more secure attachments, so even when a child is exhibiting a behavior that is completely off the wall and upsetting to say the least, I try to find an impact statement to start with before I try to redirect what's going on. Just acknowledging that there's anger there means a lot because then they can feel seen and their emotional state is validated in some way, which opens a person up to listening a little bit more because you're paying attention to their experiences,” says Dr. Felipe.

When foster parents and other caregivers are working with a child or youth who has experienced trauma, Dr. Felipe says it is important to remember that it will be chaotic at times and it is ok to have moments of ‘I don’t know that I like this child right now’ because their behaviors are not likable, they were a way of surviving. Foster parents may also represent a caregiving system that could have been dangerous and scary to a child and they may act out toward them because they represent a threat. Foster parents and caregivers are often hurt when kids say they hate them and they wished they never lived there, but Dr. Felipe says it is important to understand that saying hurtful things can be an expression of the kind of attachment that has supported them in the past. By surrounding children and youth with commitment, resources and academic supports, children can learn to build new attachments.

“I wouldn't do what I do if I thought that we were stuck in our attachment styles. For one family I worked with the pandemic supported building their attachment because everyone was home, so they could really surround their kid with support around the clock and it led some outstanding development for their child,” said Dr. Felipe. “I don't think foster parents can do it alone. That's too tall of an order but if you surround kids with a really caring community of people, including the school and other therapies, whether it's psychotherapy, developmental therapies or occupational speech, huge changes can be made in how kids relate socially to other people.”