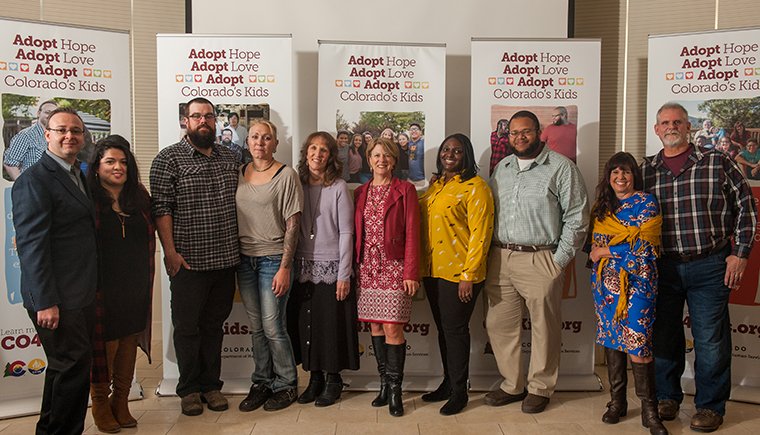 (DENVER, Nov. 2, 2019)  - Colorado Department of Human Services (CDHS) today recognized five dedicated Colorado families at an event at the Governor’s Mansion to mark National Adoption Month. The honored families, who came to Denver from across the state, have all adopted children from Colorado’s foster care system.

“The families honored at today’s celebration have done much more than open their homes and families to Colorado children – they have also provided safety, stability and promising futures. And yet, they will all tell you that their kids have given them even more in return,” said Michelle Barnes, executive director of the Colorado Department of Human Services. “After hearing their stories, I believe other Coloradans may be inspired to become foster or adoptive parents.”

Last year, 646 Colorado children and teens in foster care were adopted, and there are currently 433 who are waiting for a family. “You don’t need to be a superhero to be a foster or adoptive parent, but you do need to be ready to make a difference in a child’s life at a time when they need it most,” Barnes added.

The five families honored by the state include:

Most children and teens who are adopted through the foster care system are adopted by their foster parents. Human/social service agencies are particularly in need of families who are willing to care for children with special needs, sibling groups and teens.

To learn more about the kids and teens waiting to be adopted, visit the Colorado Heart Gallery at www.coheartgallery.org. 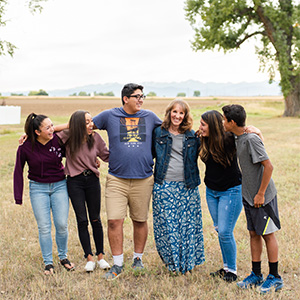 Linda Guildner, Mead - Linda and her husband began fostering nearly 20 years ago. In addition to four biological children, the family has adopted six children through foster care in that time and Linda continues to foster children. Linda was inspired to become a foster parent after teaching a child who was in foster care and meeting a foster family at church. After her husband experienced an injury at work, he was at home full-time and the timing was right to add to their family through adoption. While her husband now receives long-term care in a nursing facility, Linda – with the support of her adult children – continues to provide a safe and secure family to the children in her care. Ask Linda’s adult children what it was like to grow up with foster and adoptive siblings, and they will tell you it was not only fun and fulfilling, but also made them more understanding and compassionate. 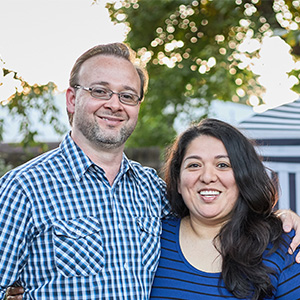 Autumn and Stephen Guzman, Arvada - Autumn and Steve met their daughter when she was 12 years old while serving as her mentor through The Adoption Exchange’s CHOICE program. The Guzmans were drawn to serve as mentors because they felt they could make a big difference in the life of a child in their pre-teen and teen years. While the Guzmans had not previously considered fostering or adoption, once they met their mentee, they knew they would be committed to her for the rest of her life – either as her mentors, foster parents or adoptive parents. Shortly after committing to the adoption, Autumn was diagnosed with breast cancer but her and Steve’s devotion never wavered and they soon adopted their daughter. The Guzmans have seen a big change in their daughter since adopting her. She now speaks confidently about the future she wants for herself and possesses the knowledge that it is all now possible. 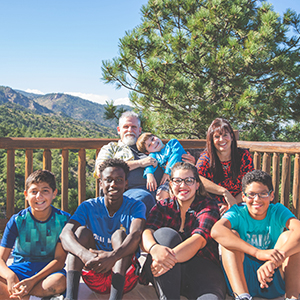 Kimberly and Dale Nuss, Florence - In addition to their four adult biological children, Kim and Dale Nuss have adopted seven children through foster care and continue to foster children in their home on a ranch in Florence. Kim and Dale were inspired to foster and adopt though Dale’s mission trips around the world, which opened his eyes to the needs of children. When they began fostering children, Dale and Kim decided they would be committed to the children in their care for as long as they needed a safe and loving home. If a child could not be reunified with his or her biological family, then Kim and Dale would adopt, relieving the stress for the child and providing them a sense of certainty, belonging and stability. This dedicated couple also founded Selah Mountain Ranch, a nonprofit supported by funds from their thrift store in Florence, that provides services to children and parents involved in foster care. In the future, they will also offer equine therapy for children impacted by trauma. Their service to children in foster care has inspired their adult children to provide safe and loving homes for children through foster and adoption as well. 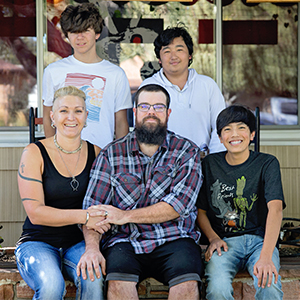 Jessi and Daniel Porter, Englewood - Jessi and Danny are raising their toddler niece and have adopted two of their teen nephews through a kinship placement. What was once a family of three with Jessi’s biological son has become a family of six, and their family bond is stronger and closer as a result. When it became clear that their nephews and niece needed a new home environment in order to thrive, Jessi and Danny welcomed them with open arms. They consider it an honor and privilege to provide a stable and secure home for their young family members so the siblings can be raised together without leaving the family. The Porter’s enormous support system of friends and family have all stepped up to help ensure the expanded family thrives. Jessi and Danny encourage other Colorado families to consider kinship adoption because it is an honor to help shape young lives for the better. 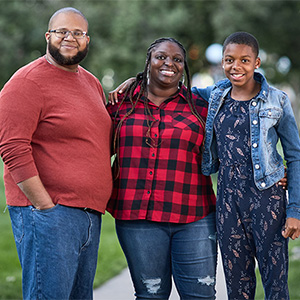 Vontrice and Anthony Roberts, Denver - Vontrice and Anthony had discussed adoption throughout their marriage but when they came across Tatiana’s profile on The Adoption Exchange’s Children’s Gallery, they fell in love and knew it was meant to be. With the support of their adoption agency and the foster and adoption community, they were ready to grow their family of two and bring Tatiana home. The Roberts were drawn to adopting from foster care because they wanted to provide permanency to a Colorado child, knowing it would make a lifetime of difference for her. The Roberts have also supported Tatiana’s relationship with her biological sister and niece in order to ensure that her life’s story prior to adoption is not erased.