On The Case: Caseworker revels in celebrating families’ successes 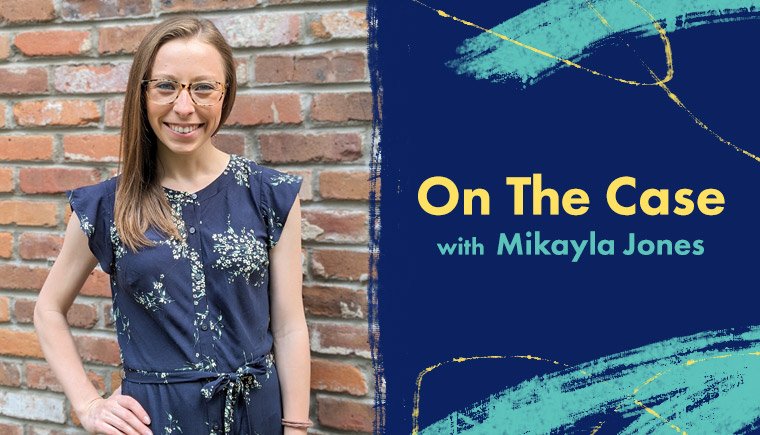 A few years ago, 25-year-old Mikayla Jones was a student at Baylor University working toward a bachelor’s degree in social work. She had always felt drawn to helping kids impacted by violence, abuse or neglect, but she was adamant that she did not want to pursue a career in child welfare. Now, armed with a master’s degree in social work, Mikayla is two years into her job as a caseworker for Jefferson County and passionate about the role she plays in preserving and reunifying families.

“If you ever thought the child welfare system is broken, become a caseworker because that is the best way to help fix it,” said Mikayla. “Child welfare has been in the process of shifting away from being a system of family separation to focus more on strengthening and preserving families, and it’s cool to be part of a changing system. Research has shown that the relationship between a caseworker and families impacts the level of success in achieving safety and permanency for kids so it is also an incredibly rewarding job.”

After earning her bachelor’s degree and prior to becoming a child welfare caseworker, Mikayla worked at a children’s advocacy and sex assault crisis center supporting children and youth who were often victims of abuse and sex trafficking. “Having someone who believes in you is a huge step in the recovery for youth in these situations,” said Mikayla. “And a lot of those kids didn’t have anyone who believed them. I got to be the person who sat with them in a time of crisis and believed them. That was so meaningful.” It was through this work that Mikayla discovered she enjoyed working with children and families while collaborating with law enforcement, attorneys and social services departments. This set her on the path to pursue a caseworker job.

One aspect of her job that Mikayla appreciates – in addition to the attractive salary - is the schedule flexibility. While working toward her master’s degree, Mikayla was given the opportunity to set a modified work schedule that allowed her to attend classes while working full-time and doing an internship. She now works four days a week and is able to enjoy long weekends. She also likes that she is gaining a lot of experience in the social work field – she is never bored and is always learning something new.

Mikayla appreciates the opportunity for growth and specialization that comes with being a caseworker. She is part of a specialized team at Jefferson County Department of Human Services called Early Intervention Services (EIS). Through this program, Mikayla is able to partner with families through non-court-involved cases and leverages the existing support networks around the family. For this to work, the parent/s are active participants in the safety of the children and are on-board with the work needed to address any safety concerns and successfully bring the case to a close.

Mikayla’s favorite part of her job as a caseworker is when she is able to reunify a family or successfully close a case with the child at home. “Those are the best days,” said Mikayla. “When a case closes with the family safely together, it means the parents put in a lot of work and they didn’t give up. That should always be celebrated.”

This post is part of the CO4Kids On The Case blog series that shares insights from Colorado child welfare caseworkers about the important work they do and why they chose a career in social work.