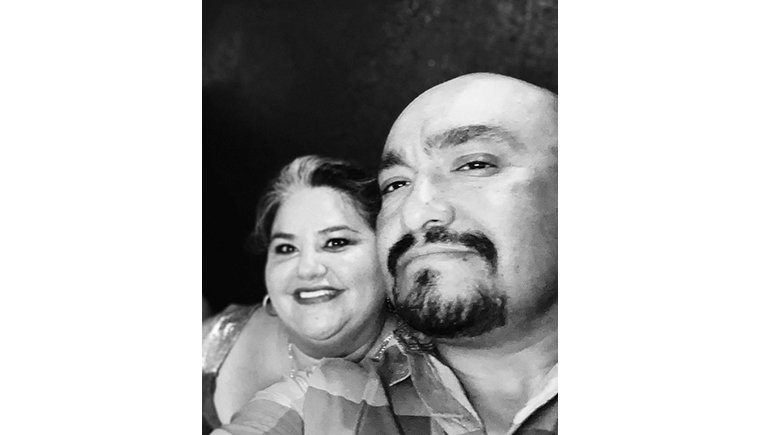 Over six years ago, after having seven children of their own, Anabel and Ray began to welcome children and youth in foster care into their Greeley home. At the time their youngest son was seven, so they started with children who were close in age to their youngest son. However, as their experience grew and as he grew, they began to focus on older youth. Anabel and Ray have had over 15 teens come through their home and three years ago they began providing more intensive treatment and care to older youth in foster care as treatment foster parents with SAFY.

“Four of our children had already moved out when we started. My husband had been in foster care when he was younger. Then our neighbors had been foster parents for 15 years and had teenage girls in their home,” said Anabel. “We met different kids coming in and out of their home and we saw the struggles and rewards of foster care. Then, a few years later, we just decided to go for it and now here we are.”

Currently, Anabel and Ray’s 13-year-old and 24-year-old sons live with them as well as an 18-year-old girl and a 16-year-old girl in foster care. The 18-year-old just graduated from high school and will be starting college in the fall and the 16-year-old is working her first summer job at a local restaurant. With eight grandchildren who love to visit and having an open-door policy for allowing friends of their teenagers to visit, their home is always full of activity.

“I would much rather my kids and their friends be here than somewhere else. It just seems safer for me,” said Anabel. “And I'm glad that they feel comfortable enough to be here. We are the hangout spot and that's okay. Sometimes it’s annoying, but it keeps the kids here, so I know where they're at and what they're doing.”

Anabel and Ray enjoy helping the youth in their home learn important independent living skills that they will need in the future. For Anabel, patience and communication have helped her build trust when working with teens. She said she always tries to hear out the youth in her home. Even when she doesn’t agree, she asks to hear their side of the argument then tries to find room for compromise wherever she can.

Many of the young people that have been in Anabel and Ray’s home have been teen boys. Anabel, who is home during the day while Ray works, describes herself as “the meaner one” while she describes Ray as the “the fun guy” and “the cool one.” Anabel said the boys in the home have responded well to having Ray as a male role model. Having raised five boys of his own prior to being a foster parent, Ray is very confident when it comes to working with young men.

“I've always had them in sports. We'll do football and then we do wrestling,” said Ray. "During the summer, we'll go fishing and camping. I just like to keep them worn out and that keeps them from going and getting in trouble. They're too tired.”

“When you read their paperwork it’s kind of scary, but at the end of the day, they're kids. It is a lot like what we were already doing, just with tons more resources and support in the home which makes a big difference,” said Anabel. “I think that's what helps our kids do so much better and thrive because there's so many people on the team who are willing to step in and help out. It also gives you that much more time to focus on the needs of each one.”

In addition to providing a high level of care to the youth in their home, Anabel and Ray also provide a normal family life.

“We always treat these kids just like our own kids. We don't exclude them from anything good or bad. If they’re failing in school ‘there goes your social life.’ If they need to be grounded, they get grounded. If we go out to eat or go celebrate Christmas at someone’s house, they're going with us. We always try to include them and treat them just like our own,” said Ray. “These kids want and need to feel close to a family in a home. They want to feel safe and trust, and that's what we try to do.”

Although many young adults have left their home over the years, they frequently call and return to visit. Anabel and Ray feel the most rewarding part of being foster parents is seeing many of the youth who have been in their home become productive young adults. Many have graduated from high school, one is working at a hospital, another young man invited them to his police academy graduation, and another young adult recently visited to celebrate the Fourth of July with their family.

“When they reach out to you, you just know that somewhere along the line, you did something right. No matter how much you butt heads with them and how much they hate it here they come back and say things like, ‘You were right,’ and ‘thank you,’ and ‘I miss being here,’ so you know you are doing something right,” said Anabel.  “I told one of our kiddos that sometimes I feel like everything I say goes in one ear and out the other but some of it is going to stick and you will remember it and you'll think of me. And he tells me the other day, ‘You're right, and it sticks.’ It's great to be able to leave those footprints.”