The Road to Reunification: Through a Child Welfare Caseworker’s Eyes 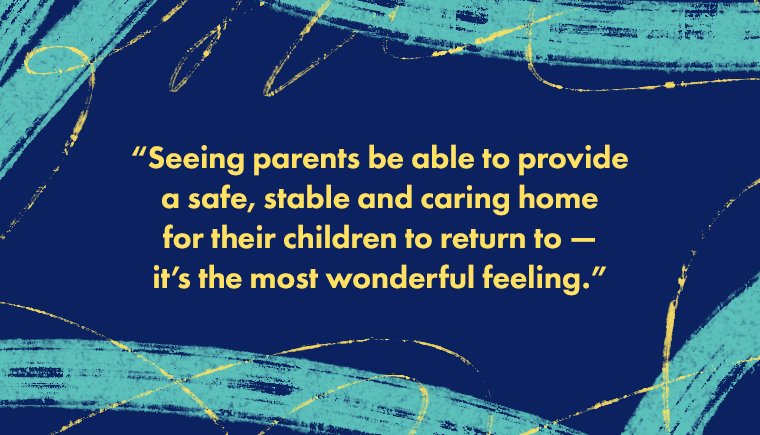 No child welfare caseworker forgets their first case. Rachael Bruxvoort’s was working with a single mom to place her eight children in foster homes while she received the treatment and support she needed to care for her children. “I’ll never forget that feeling when we succeeded in reunifying them with their mom,” said Rachael. “I think about them constantly and that was four years ago.”

Since then, Rachael has been involved in many reunification success stories, and she remembers every one of them.

Rachael knew she wanted to become a child welfare caseworker at a young age. After taking an “Introduction to Social Work” class at age 19, she went on to receive her bachelor’s and master’s degrees in child welfare. Not long after, she started as a caseworker for El Paso County Human Services in November 2017.

Rachael’s work as a caseworker involves a number of responsibilities, including preparing for court once a case is opened, attending family engagement meetings, writing treatment plans for families, then connecting them with community services such as transportation, employment or child care to help them follow that treatment plan. She also ensures children have services and therapeutic support to help them stay on track educationally and medically.

There’s a misconception that most child welfare hearings are termination hearings, when in fact, Rachael says out of 100 cases she’s worked on, 90 of them have resulted in reunification.

“I’ve been to termination hearings, allocation of parental responsibility hearings and adoption hearings, but the best hearings are reunification hearings,” said Rachael. “Sometimes, we bring gifts and donuts; we tell the family to invite their friends and family. We try to make it the celebration it deserves to be.”

Trust and community support are the two primary factors Rachael has identified as key to successful reunifications.

“A family without the support of their community has a low chance of success because no one can parent in isolation,” Rachael said. “Schools play a role, providers play a role and community resources play a role.”

That’s why Rachael is excited about a new parent-partner program where parents who have successfully gone through the process to be reunified with their children can mentor other parents going through this process.

It’s also important for caseworkers to build a strong foundation of trust with parents so they can be open and honest about the supports they truly need. And her work doesn’t stop at the reunification hearing.

Once children are reunified, Rachael continues to help the family address needs and access supports. Sometimes, most of her work occurs once the kids are back at home because it takes time to rebuild child-parent trust and there’s often a high level of support that’s needed to help families readjust to life post-separation.

Rachael loves to see foster parents develop connections with the biological parents and become a source of lasting support throughout the process and beyond. She’s seen reunification cases where kids go home and their former foster parents maintain a connection to the child or family by helping to babysit or support the family, generating a true feeling of teamwork and community for the families.

“For the children I work with, my vision is for them to have the best shot at a healthy outcome,” said Rachael. “My personal goal is to break the cycle. The most important part of this job to me is to try to stop the cycle of a family’s involvement with the system.”

Rachael says there’s often many reasons parents end up in a situation with child welfare. “Our job is to address imminent risk and safety, but we don’t help the kids or the parents if we can’t address why a family got there in the first place.” A lot of families who enter the system were involved in it as a child. She said once she gets to know the family, she realizes how much trauma is often undertreated for parents.

“I’ve worked with families who really struggled, especially in the first year of their case and we truly didn’t know if reunification would be possible,” said Rachael. “But then to see them turn things around and go from living in cars or struggling with substance use disorder to being able to provide a safe, stable and caring home for their children to return to—it’s the most wonderful feeling.”