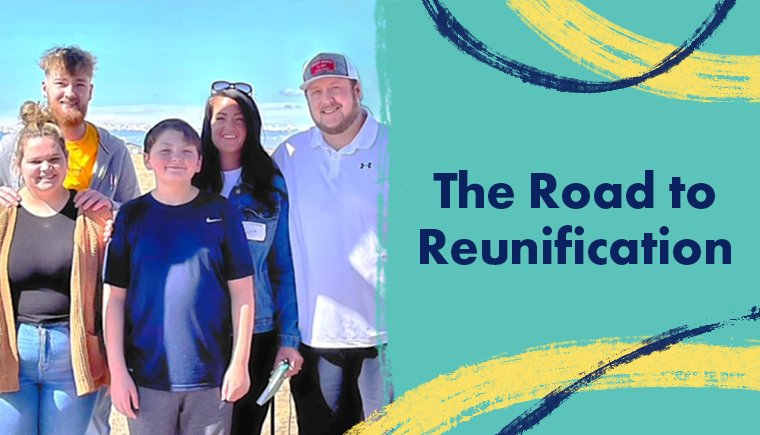 Five years ago, Jessica Olds was a client in the Adams County Family Treatment Court program, working to overcome an alcohol and substance use disorder and trying to regain custody of her two sons. Three and a half years later, having achieved sobriety and reunification with her children, Jessica began working as a Parent Advocate for the Office of Respondent Parents’ Counsel (ORPC), helping parents in the same situation she was in at her lowest moment.

“Jessica was my client when she was in family treatment court. She was in a dark place but she had two boys, a desire for change and a resilience reserved only for Disney princesses,” said Wendy Lewis, Jessica’s former counsel. “She has come so far since then, and now she is someone who inspires other parents to reach for their dreams. She made sure that her past made her better, not bitter.”

Jessica is grateful for the changes she made in family treatment court and the support she received from everyone on her team, particularly her peer support worker who took her to her first 12-step meeting and who Jessica credits in large part with achieving reunification with her sons. In 2020, the ORPC began hiring for the new role of parent advocate, and Jessica was inspired to pursue the job because of her experience years prior with her peer support.

As a parent advocate, Jessica works with parents primarily in the Adams County Family Treatment Court program, which specializes in reuniting families that have been separated due to substance use disorder. The court provides additional resources for parents to help them address their substance use disorder and create a safe and healthy environment so their kids can return home to be raised by their parents.

As a parent advocate, Jessica makes herself available to her clients 24-hours a day, 7-days a week. She doesn’t have to but she chooses to because she has ‘been there’ and understands what the other parents are going through. She connects with her clients on a deep level, often helping them face past traumas and achieve their goals. She is there for them if they need to find a place to do a drug test in the evening, if they need a ride to the methadone clinic at 6:00 am, or if they need a sympathetic ear in the middle of the night. In addition to attending hearings and family team meetings, Jessica goes well beyond her required duties, including hosting a clothing exchange for families in family treatment court.

But while Jessica goes above and beyond to support her clients, it is ultimately up to them to make the necessary changes. “In my experience as a parent in this situation and later as a parent advocate, I have found that in order to be successful in overcoming challenges and achieving reunification, parents must ultimately be willing to do the hard work of making healthy choices and good decisions,” added Jessica. “Utilizing the available supports and services is so important in helping parents to build a foundation for a successful life and a home in which children can thrive.”

Jessica’s clients are often at their lowest point when they begin working with her, but her willingness to share her story, lift them up and pay forward the support she once received helps them to envision and strive toward a future for themselves that is as bright as hers.