The Road to Reunification: A Fierce Advocate for Families 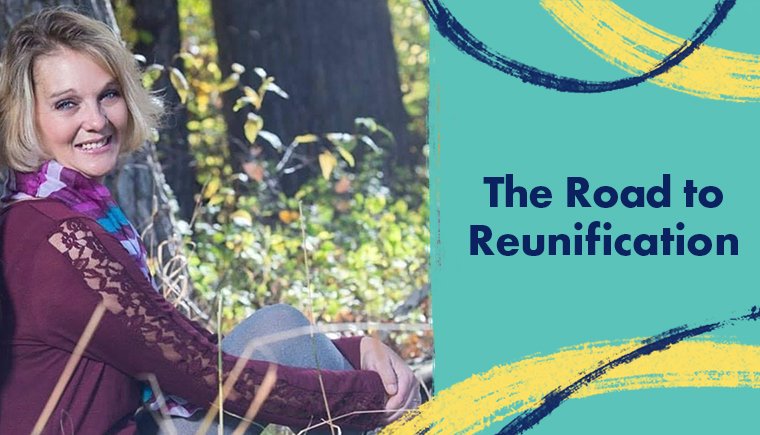 Families in Huerfano County have an unrelenting advocate in Dreama Ortivez. At their lowest point, when parents are ready to give up on themselves, Dreama is there to encourage, inspire, and cheer them on. Even when they have lost faith in themselves, Dreama believes in them.

As a child protection caseworker and lead worker with the Huerfano County Department of Human Services, Dreama’s job is to ensure that children are in a safe home where they can thrive. But for Dreama, it is much more than a job – it’s a passion. She works with parents who are often facing substance use disorders or mental health challenges, and she is on a mission to help them experience their own “Ah ha!” moment – when something clicks and they begin to believe in themselves and commit to making difficult changes to stabilize their family. It is not easy but they know that Dreama is working just as hard as they are to be successful.

“I love working with families, particularly teen moms,” said Dreama. “You have to find what you love and I love what I do.”

Dreama says that she experienced abuse as a teen. The Department of Human Services became involved and it was agreed that she would temporarily leave her home to live with a family friend. While she was not technically in foster care, that experience had a profound and lasting impact on her life which eventually led her to a career in child welfare.

Like many of the families she works with, Dreama was a teen mom. She decided to quit high school and get married at age 17, and had great support from her husband. She was told she would never amount to anything but she didn’t give up. By the time she was pregnant with her third child, she was finishing her last semester of night school and completing her student teaching requirements to become an educator. Her life path led her instead to a job with the Huerfano Department of Human Services – first as a case aid, then as a caseworker.

After nearly seven years in the role, with responsibilities ranging from investigation to permanency up to age 21, Dreama was feeling the effects of burnout and took a break from the job. She returned to the department as a caseworker five years ago - eventually earning a promotion to lead worker - with a renewed sense of purpose and goals of earning her master’s degree in social work and becoming a supervisor for Child Protection.

Dreama believes – and the data supports – that children and youth have better outcomes when they can safely remain at home with their parents or caregivers. “I’m here primarily to keep kids safe but also to preserve families, because that is what is best for a child,” said Dreama. “Kids need a connection to their family so removing a child from their home is a last resort after exhausting all options. If they do need to be removed, we must do everything we can to reunify that family as quickly as possible while also ensuring they are safe.”

Reunification is a team effort and one that requires some creativity on the part of a caseworker in a rural county with limited supports and resources. Dreama often thinks outside the box to find solutions for families. For example, she has been able to get parents virtual access to other county’s supports and used her own life experiences to offer guidance and become a personal cheerleader for them.

A typical day for Dreama is a very busy one. She is in constant communication with clients, visiting them, sending emails, texts and calling them to say “good morning,” asking how their night went, and what they need from her that day.

“Even the seemingly little things - like not having a favorite rubber duckie at bath time in an unfamiliar home – impacts kids in a profound way. These sorts of things drive me to do everything possible to support and encourage parents to make the changes needed to create a safe environment so their kids can return home,” said Dreama. “We must elevate the child’s voice and truly listen to them. There is a life-long impact on children if we don’t put them first.”

The most rewarding thing for Dreama is to see the parents believe in themselves. From there, they can tackle the sometimes difficult task of taking accountability for their actions and changing their behavior patterns.

“I believe that everyone has the capacity to change and a key to that change is having someone in their corner who is focused on solutions, not on past mistakes,” added Dreama. “I focus on building a relationship with the families and highlighting their strengths so we can build upon them and have a successful outcome.

Help us continue this series. Complete this online form and tell us about someone you know who works tirelessly to reunify families. We're also looking to highlight parents who have reunified with their kids.