Resources to understand and confront racism in our work 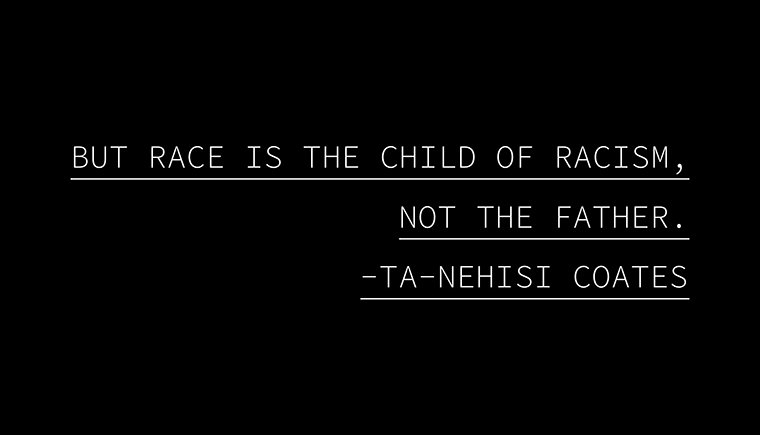 As the nation grapples with the death of George Floyd and countless other people of color who have lost their lives, we're sharing resources about the intersection of racism and our work together. This list is not all-inclusive. Additional information will be shared in the coming weeks.

The Power of a Shared Language for Advancing Racial Equity, JustPower Inc.

A shared language assures that we are referring to the same issues when we use the same terms. It is the platform on which racial equity work stands. Too often work around racial equity gets detoured because we are using the same terms with one another but meaning different things. The results can be confusion and misunderstanding – which, at its worst, erodes results and trust. Download.

Unlike most glossaries, this glossary is not in alphabetical order. Instead it ranks the words in order of importance to an overall understanding of the dismantling structural racism/promoting racial equity analysis. Download.

White Allyship 101: Resources to Get to Work,  Dismantle Collective

White supremacy and racism are serious problems in our society that affect us all. In addition to providing a space for conversation, The Dismantle Collective desires to be a starting point for white allies to do the work and engage in analysis, education, and action on anti-racism. The following documents may be used as tools to educate yourself, your peers, employees, committees, etc. Learn more.

This issue brief explores the prevalence of racial disproportionality and disparity in the child welfare system. It also describes strategies that can assist child welfare administrators, program managers, and policymakers with addressing these issues in general and at specific decision points in the child welfare process (e.g., prevention, reporting, investigation, service provision, out-of-home care, permanency). Examples of State and local initiatives that address disproportionality also are highlighted. Download.

Entangled Roots: The Role of Race in Policies that Separate Families, Center for the Study of Social Policy

Child Welfare is Not Exempt from Structural Racism and Implicit Bias, The Chronicle of Social Change

"Advocates of racial equity in child welfare understand that racism is not simply a matter of personal prejudice and hate but a multifaceted problem that is prevalent within and across systems. In addition, Riley notes that the reporters of the abuse are often black or part of a minority group. She writes that, “more often than not, it is black people concerned about the welfare of black children.” Continue reading this op-ed.

Research and data from states tell us that American Indian/Alaska Native (AI/AN) children are disproportionately represented, or overrepresented, in state foster care systems nationwide. This means that higher percentages of AI/AN children are found in the state foster care systems than in the U.S. population. The overrepresentation of AI/AN children often starts with reports of abuse and neglect at rates proportionate to their population but grows higher at each major decision point in child welfare. Download.

Nearly 200 Native children lie buried at the entrance of the Carlisle Barracks in the “Indian Cemetery” — the first thing you see when entering one of the United States’ oldest military installations. It is a grisly monument to the country’s most infamous boarding school, the Carlisle Indian Industrial School, which opened in 1879 in Carlisle, Pennsylvania, and closed in 1918. Chiseled onto the white granite headstones, arranged in the uniform rows typical of veterans’ cemeteries in the U.S., are the names and tribal affiliations of children who came to Carlisle but never left. Thirteen gravestones list neither name nor tribe; they simply read “UNKNOWN.” Continue reading.

The National Center on Violence Against Women in the Black Community

Launched in 2016, Ujima, Inc.: The National Center on Violence Against Women in the Black Community serves as a national, culturally-specific services issue resource center to provide support to and be a voice for the Black Community in response to domestic, sexual and community violence. Ujima was founded in response to a need for an active approach to ending domestic, sexual and community violence in the Black community. Learn more.

Within the mainstream anti-violence movement in the U.S., women of color who survive sexual or domestic abuse are often told that they must pit themselves against their communities, often portrayed stereotypically as violent, to begin the healing process. Communities of color, meanwhile, often advocate that women keep silent about the sexual and domestic violence in order to maintain a united front against racism.Therefore we must adopt anti-violence strategies that are mindful of the larger structures of violence that shape the world we live in.  Continue reading.

The history of rape in the United States is a history of racism and sexism intertwined. Rape was an important tool in white colonists’ violent efforts to repress Native nations. During slavery, both white and black men raped black women with impunity. After the Civil War and during Reconstruction, white mobs lynched numerous black men based on trumped up charges of sexual assault of white women, and the specter of lynching terrorized the black community. Continue reading.

Sex ed is a vehicle for racial justice, SIECUS

Black and Pink was founded in 2005 on the principles of abolition to dismantle the criminal punishment system and to liberate LGBTQIA2S+ people/people living with HIV/AIDS who are affected by that system, through advocacy, support, and organizing. Learn more.

Colorado Organization for Latina Opportunity and Reproductive Rights (COLOR) is a community-rooted organization that works to enable Latinx individuals and their families to lead safe, healthy and self-determined lives. COLOR works to ensure that Latinx individuals and their families are accessing opportunities and resources for the health of mind, body, and spirit. Learn more.