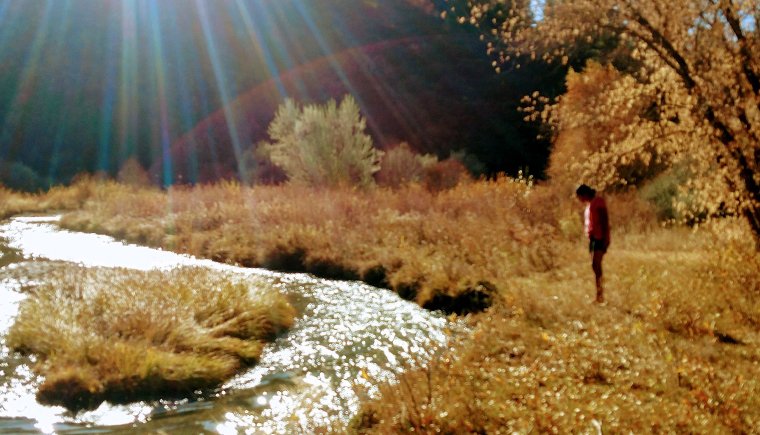 When Deborah Yoke became a foster parent in 2006, she knew her 60-acre property nestled along the Navajo River would be the perfect place for children. Over the last 14 years, she has seen not only the animals and gardens on her property flourish but also the many children who have come to live on the property, the majority of whom are members of a Native American tribe.

“I have built relationships with the kids’ to help me honor their culture,” said Deborah. Much of what Deborah has learned is put to use in the kitchen. “The kids help prepare meals, and I have incorporated their foods into our meals. I have taken them to learn to sing (and drum) from Native singers and learn fancy shawl dancing from Native American who can help them learn to dance and also learn the meaning behind the dances.”

Traditional Native foods like blue corn mush, fry bread, Navajo tacos, Navajo burgers, mutton stew and posole are often found on the dinner table in the Yoke home. The children speak Dine' biazaad, also known as the Navajo language, and Deborah is learning along with them. The young people also help to care for ducks, chickens and the many gardens on the property.

“The kids help with the gardening and that is an important part of their life here. This year we grew corn and potatoes and one of the girls grew a 15.4 pound cabbage. She was laying wild flowers and pine needle wreaths around it to protect it. If we could have taken it to the fair, I think she would have won a prize for sure.” 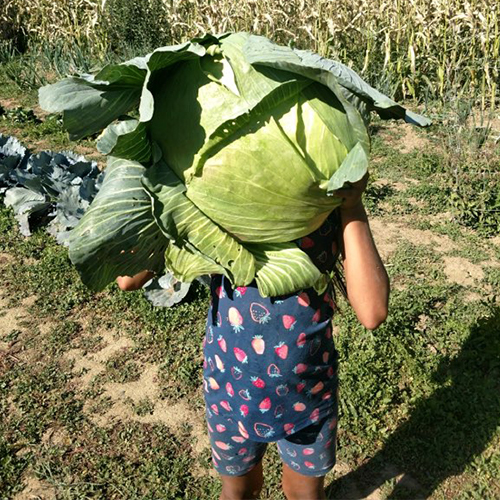 Deborah’s agency Whimpsire gives all of its foster parents a copy of Reclaiming Youth at Risk; Our Hope for the Future by Larry K. Brendtro, Martin Brokenleg and Steve Van Bocker. The book incorporates child-rearing principles that Native peoples have used for centuries. The reclaiming model is rooted in the Circle of Courage from Native cultures, which builds on four key strengths of belonging, mastery, independence and generosity.

“A new girl came to our home a few months ago, she had been in other homes but she said she felt comfortable here. The first night we had traditional Native foods. She is also around other Native kids. They have their own things they laugh about and their own sense of humor. It really let her be more at peace,” said Deborah. “I like them to interact, be vocal and call each other out as long as they are respectful. One of them is like a Navajo grandmother, always looking after the other kids.”

In addition to attending Pow Wows and feast days at the Pueblos, the Yoke family have also incorporated Native culture into how they celebrate the holidays. They incorporate Native culture and beliefs by smudging the house with sage and herb bundles, serving traditional Native American foods, and decorating the Christmas tree with homemade artwork and weavings.

“They come up with different things they like to do to celebrate. They like to make jewelry, beadwork, weavings and other crafts for each other and family members to give as gifts,” said Deborah.

Deborah has had many young people in her home over the last 14 years. Although she has legal guardianship of a few of them, for many she has had to say goodbye, and it is always hard.

“This is the most fulfilling thing I have ever done, but the hardest part is when they go home. I just remember I planted some seeds and have given them the opportunity to see the bigger picture,” said Deborah. “As a foster parent, it is important for you to play a major part in making sure they are ok and comfortable with going home.”

Deborah has been able to maintain relationships with many of the children who have been a part of her family over the years. Although she may not hear from them for a while, she loves having the opportunity to see that the seeds she planted bore fruit as they grow into young adults. She receives calls and visits from many of the young people who have been in her home seeking advice or just wanting to talk.

“There is a young man who is in Denver now, he left my home when he emancipated. He stopped by one day because he had just got a new truck and he wanted to show it to me. He wanted me to know that he listened to me and was able to get a good truck at a reasonable price with reasonable payments,” said Deborah.

Seeing children grow into thriving adults, Deborah says, is the best part of being a foster parent.