On The Case: Kit Carson County Caseworker Comes Home to Support Her Community 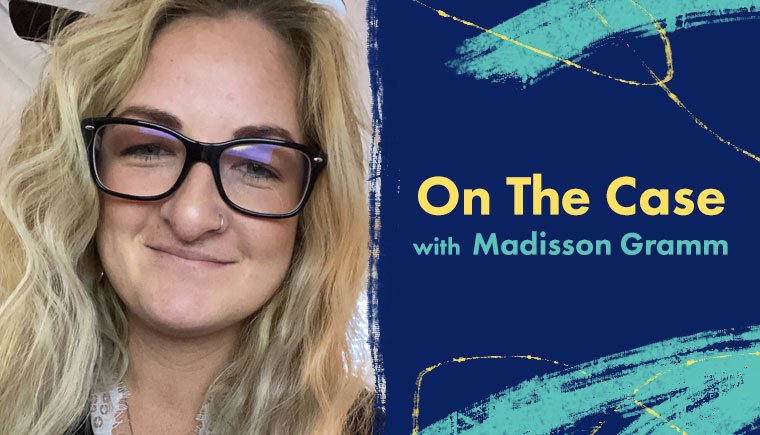 Madisson was born and raised in Kit Carson County and after going away for college, she returned on a mission to serve families and children in the same community that shaped who she was and is becoming.

At 25-years-old, Madisson is still early in her career as a child welfare caseworker, but her penchant for no-nonsense, transparent and straightforward discussions makes her a natural.

After earning a bachelor’s degree in psychology from the University of Northern Colorado in Greeley, Madisson returned to Kit Carson and immediately pursued a job as a case aide with the Kit Carson County Department of Human Services (DHS), handling administrative tasks and supervising parenting time. After 18 months in the role, Madisson decided to become a third-grade teacher. She quickly realized that her true calling was in child welfare and returned to the Kit Carson County DHS as a caseworker becoming fully certified after just three months. She also provides mentoring support to caseworkers in Moffat County.

“I knew that I was passionate about working with children but I needed to try a couple of different roles before I found the best fit for my talents,” said Madisson.

Madisson is a direct person who gets to the point in a constructive and supportive way. She is often assigned the more challenging cases because she possesses the skills to engage in honest and transparent conversations with families. This allows her to build strong partnerships with families, helping them to access resources and build upon their strengths.

“We are a small, close-knit community and Madisson grew up here so many of the families with whom she works have known her since childhood,” said Tiffany Ramos, director of Kit Carson County Human Services. “They know her character and that she genuinely cares about their well-being, so she is not seen as a stranger coming into their home. It is such a benefit for a child welfare caseworker to have that sort of rapport with families in their communities.”

Madisson was drawn to the field of child welfare because she saw it as the best way to make a positive impact on children and families. She wants to help keep families together and, as a caseworker, she is able to do that by connecting them with resources and services to help them thrive.

Madisson loves her job and while the benefits – including healthcare and a flexible schedule – are nice, the best part about it for her is the opportunity to help create positive change in her community.

This post is part of the CO4Kids On The Case blog series that shares insights from Colorado child welfare caseworkers about the important work they do and why they chose a career in social work.